PC-Games „…In with the new“ The first official Don’t Starve Together update is out!

„…In with the new“ The first official Don’t Starve Together update is out! 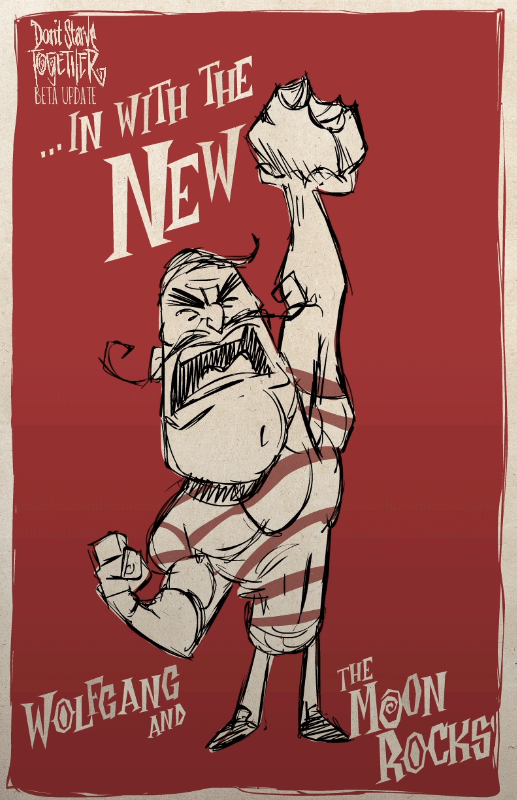 Okay it has been out since the fifth of November I have just yet found out   *cough*…however let’s take a look.

Klei presents us a trailer with a compilation of little over a minute multiplayer gameplay that shows us the newest additions to the closed beta .

Fans of the strongman that are already playing the beta will be happy to see that Wolfgang has been added to the roster of available characters. New emotes and predetermined quick chat replies with which players will be able to communicate is another new feature, together with deadly meteorite showers that drop moon rocks. Moons rocks are also a new crafting resource for walls.

People who are well versed with the Don’t Starve updates know that there are also puzzles hidden in them. This trailer is no exception from the rule. So let’s strain the little grey cells and start cracking that riddle.